​Greta Thunberg is Time's 2019 Person of the Year, Time Magazine

After 6 Months Of Climate Strikes, Leandra Mira Has No Plans To Slow Down, Pittsburgh NPR

Portrait of a Gap Year: Work, Activism, Writing, Self-Care, and Self-Discovery by Alexandra Zehner
​
​Seven Teen Activists to Watch Ahead of 2020, Teen Vogue

David Hogg Is Taking His Gap Year at the Barricades, New York Magazine

Being involved in the political process is one of the most important things that we can do as American citizens."
- Trey Sullivan 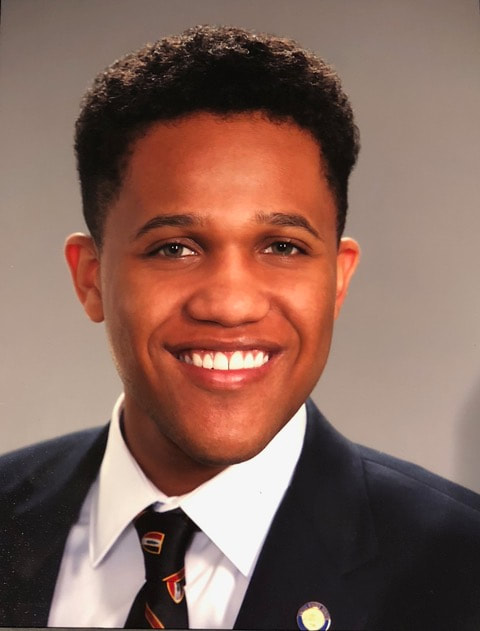 In his words: Hello everyone, my name is Trey Sullivan and I’m currently on a gap year. The way that I thought about my gap year was essentially in semesters – I wanted to dedicate one half of the year to one of my interests and the other half to another. So, for the rest of the spring semester, I will be in Paris studying French language and culture at La Sorbonne. However, for the first half of my gap year, I decided to work on a few political campaigns as, politics are a passion of mine. Through a political communications firm based in Boston, I worked on a Senate campaign in Massachusetts and on a presidential campaign. With both of those campaigns, I would almost daily compile news articles pertaining to the candidate, summarize them, and email the reports to the rest of the firm. I also was able to write and edit press releases and letters on behalf of the candidates. Separately, I also worked with a candidate running for Congress in New York, which I will talk more about later.

As we all know, 2020 is a big election year and working for a campaign is one of the best ways to get an inside look into the world of politics. Whether you want to be a politician yourself one day, or are just interested in the process by which our leaders are chosen, being an intern or staffer on a campaign is an extremely interesting and rewarding experience. As mentioned earlier, I worked remotely for a candidate running in New York’s 15th congressional district as a social media manager. In this role, I created and posted content for all three of her social media platforms: Instagram, Twitter, and Facebook.

Besides a greater understanding of how the political machine in America works, I took away a few other lessons. First, I learned what I did and didn’t enjoy. For example, I learned that I really enjoy working on social media and writing press releases, but do not enjoy the finance aspect of campaigns. Another benefit of working on these campaigns was using the skills that I gained in high school in real life situations. Skills like organization, time management, and, above all, clear and concise writing were all things I learned and improved on in high school which were much appreciated in the office.

I don’t consider myself to be a particularly wise person, but if I were to give words of wisdom they would be to not discount local or state-wide elections. While working on a presidential campaign is amazing, a smaller campaign can be just as, if not more, rewarding. Not only do senators, congresspeople, and state representatives have a larger impact on our day to day lives, but their campaigns are generally smaller operations. Because of the smaller size, you have more of an opportunity to be hands-on and make a tangible impact on your candidate’s campaign. For example, working on both a senate and a congressional campaign this year, I was able to not only do interesting and impact work, but also talk directly to the candidate, which would be virtually impossible during a presidential race.

Being involved in the political process is one of the most important things that we can do as American citizens, and I encourage all of you to spend at least some portion of your gap years working with a political candidate. 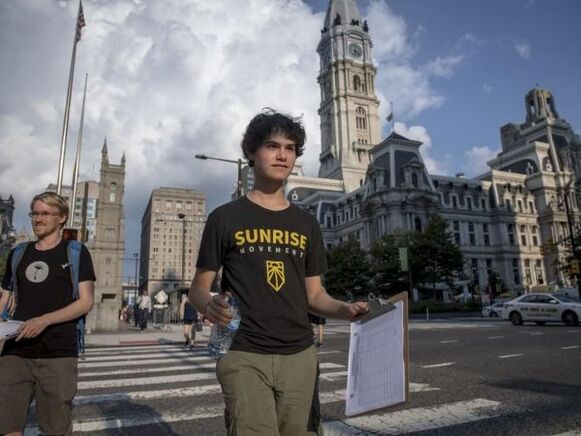 ​What he did: Sunrise Movement Fellowship, WWOOFing on farms in USA

After graduating from high school in 2018, Ornstein took a gap year before starting college. He worked full-time with the Sunrise Movement. It’s an organization of young activists helping to elect politicians that support ambitious climate action.
Ornstein knocked on doors to help elect a new member of the Pennsylvania state legislature who opposed the construction of a new fossil fuel pipeline in the state. She ran on the issue and won.
“It just goes to show you that even when it’s an uphill battle, if you talk to people and treat people like they’re human beings and have real conversations, then you can win,” Ornstein says.
He wants to help other Americans create a future that is good for the planet and its people. “To talk to people about how the future could include them and look how their dreams could be included in the future and how we can work together to achieve those … that feels like not just how we’re going to win elections but how we’re going to actually stop this climate crisis and make a better world,” he says.

This text is from a podcast interview - view or listen to full interview here. Watch Jeremy's recent TEDx Talk here.
Lauren B.

What she did: Two separate semester-long programs. "I spent the first semester traveling through South Asia and learning about global development, sustainable agriculture, and education (it's one thing to learn about these topics in a classroom, and an entirely different thing to learn about them "on the ground"). I then spent a semester in France, doing a French immersion study-abroad program. I chose these two programs because I wanted to learn more about international development, and I wanted to improve my French. I decided to do a more structured, group-focused program first, and a more independent program second."

Why did you take a gap year?
"I took a gap year because I thought it would be an experience that would add to my education, sense of what I wanted to pursue in college, understanding of my privilege, maturity, self-confidence, and comfort in new environments. Of course a gap year can come with a financial cost (depending on what route you choose), but I didn't feel like I had anything else to lose by choosing to take a gap year — only so much to gain.

Lauren's advice to future gappers:
"For young people taking a gap year in the politics/activist space: Most importantly, I would try to find/build/integrate yourself into a community that is also working in the politics/activist space, or at least one that cares deeply about some of the same issues you do. That can be your best support system, and will help prevent burnout. I would also say that a gap year is a fantastic time to learn about and develop an interest in issues you weren't very aware of before."